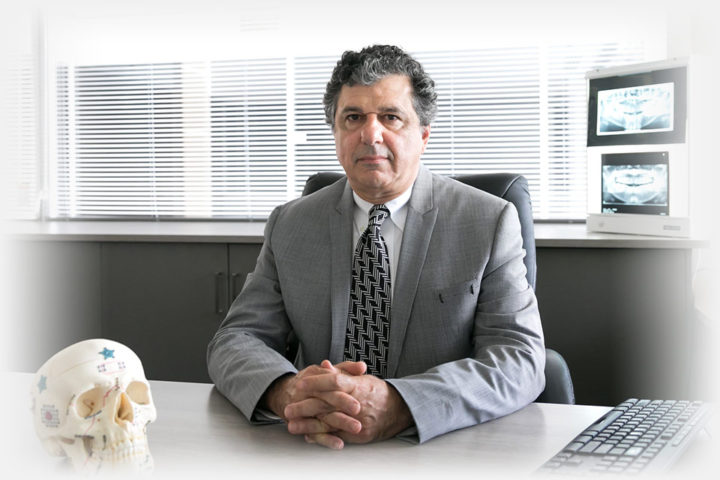 Born and raised in Western Australia, Dr Evan Kakulas received his Bachelor in Dental Science from the University of Western Australia in 1981 before working in general dental practice for eight years.

Evan commenced his formal training in Oral & Maxillofacial Surgery in Melbourne, training at numerous sites including the Royal Melbourne and Royal Children’s Hospitals.

During his training, he completed his thesis relating to orthognathic jaw surgery which allowed him to complete his Masters Degree, and attain specialist recognition as an Oral & Maxillofacial Surgeon in 1995.

Dr Kakulas then dedicated additional time to training with a fellowship rotation in Dalhousie University, (Nova Scotia) Canada where he worked under eminent surgeon, Dr David Precious. This was followed by a fellowship at Boston Childrens Hospital and Harvard Medical Schools unit with renowned surgeons Dr John Mulliken, Dr Leonard Kaban, and Dr Bonnie Padwa. A visiting fellowship at the University of South Texas saw the completion of his North American time.

Dr Kakulas then returned home to Western Australia where he joined Dr Kim Bennet at West Perth OMS in 1997.

He continues roles in the public hospital system including at Royal Perth Hospital, as well as being the Head of Oral & Maxillofacial Surgery Service at Perth Childrens Hospital.

He has lectured both at local, state and national levels at both dental and specialist levels. Dr Kakulas has also published on his areas of special interest including paediatric and orthognathic maxillofacial surgery.

Dr Kakulas is a Paul Harris Fellow and a foundation member of the Art Gallery of Western Australia.